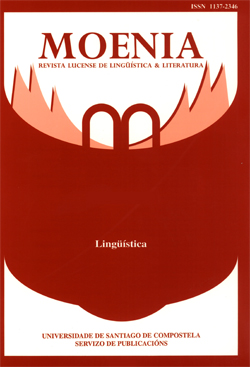 This paper consists of two parts. In Part I, I begin with a systematic presentation ofthe occurrence of the five well-known syllabic consonants in English, viz. [m? ], [n? ], [l?], [?? ] and[r? ], with regard to the various phonetic contexts in which they occur. I discuss what I call ‘covariation’that syllabic consonants enter into with alternative phonetic forms. I dwell on thequestion of [r? ] as this involves a number of specific points worth discussing. Finally, I take abrief look at more syllabic consonants such as [s?], [f?], [??], [b? ] and [k? ] which occur only sporadically.In Part II, I first make an attempt to see if the commutation test can resolve the questionof determining the phonological status of the syllabic consonants, but with a negative conclusion.Putative minimal pairs like coddling (< coddle + ing) and codling (< cod + ling) are dismissedon the grounds that the commutative items should not contain ‘virtual pause’ withinthem. If this precaution is ignored, one would end up establishing dubious phonemes (e.g. *(/l?/)in the English consonant system, which no researchers would endorse. The phenomenon of syllabicconsonants is not a paradigmatic matter. It is a syntagmatic matter. A survey is conductedon how some past and present researchers have phonologically interpreted the status of eachsyllabic consonant in English. There is common agreement that a syllabic consonant is phonologicallyinterpreted as ‘schwa + non-syllabic consonant’. The phonetic fusion of these twophonetic entities is achieved with the vocality (= syllabicity) of the schwa acting on the nonsyllabicconsonant. I then offer my own phonological interpretation of the nasal syllabic consonants[n? ], [m? ] and [?? ] which differs in some respects from the traditional interpretation in thathomorganicity between the syllabic nasal consonants and certain consonants that precede thembears upon the phonological status of these nasal syllabic consonants. This is because there isinvolved the neutralization of the opposition between /n/, /m/ and /?/. Finally, the question ofhow to indicate the syllabic consonants in phonological notations is considered.